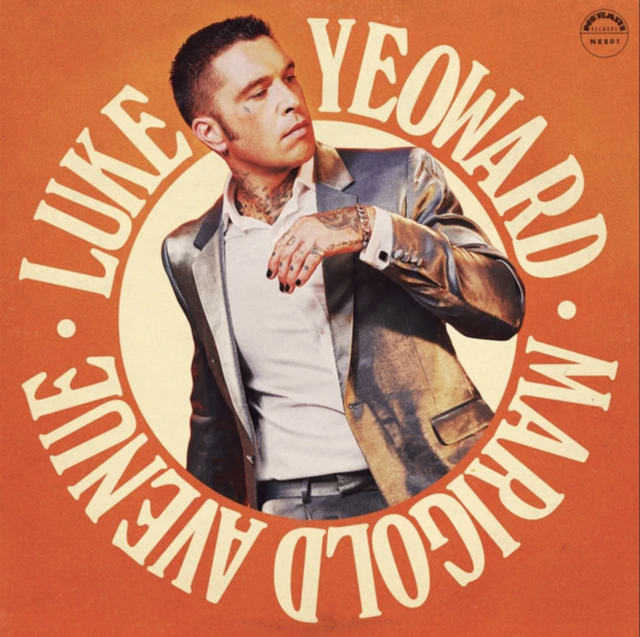 There are two things that really strike me listening to the newest record of former King Cannon’s frontman Luke Yeoward.  The first is the honesty that permeates the songs.  The lyrics feature a mix of self-reflection, perseverance and heartfelt messaging to some nearest and dearest.  It’s the sort of heart-on-your-sleeve stuff that you want in a soul record.

The second thing that strikes me is how this sound may be the answer to the dreaded question of how, as there are fewer Jamaican artists from the post-independence musical boom years alive, we lovers of this style can still be excited by the prospect of new music being released.  I knew what the answer wasn’t – there remains an exhaustive number of pale imitations of the 2-tone period groups.  Thankfully, Yeoward’s record isn’t an imitation and nor was it ever going to be, given the path he has previously trodden, and the musicians he has collaborated with for this record.  Lee Perry is of course the obvious example, but J Bonner, Roger Rivas, Jesse Wagner and Maddie Ruthless demonstrate through their own recordings that they appreciate that while they are heavily influenced by Jamaican recordings, new material needs to be done exceptionally well and it needs to be marked by what they themselves bring to the music.

Guest contributions are overt in some places on Marigold Avenue – for example Sunny day featuring Tippa Lee and Blacker C, Lee Perry’s Always in your heart remix, the Jesse Wagner track opening the record’s B-side or Maddie Ruthless’s cameo during the co-written Shadows.  But it’s also worth clarifying that while the contributions are great, this is Luke Yeoward’s record.  As well as vocals, his stamp is on most of the instrumentation – Plutonic Lab on drums being the exception – and on the arrangement.  It’s quite remarkable that such a project came out of Melbourne, really, simply because of how ambitious it is (although Melbourne is the Australian city it would come out of, if anywhere).  And whether by accident or design, it has moments of brilliance – Luke’s children Siggy and Opie’s calls in Always in your heart really takes the track to a special level.

If I had to pick my favourite tracks, I love the organ hook in the opening track of The start, yet it might be pipped by the rootsy minor key number, This ain’t the place.  I’m a sucker for a soulful roots song in a minor key.  To give you a sense of the feel of the record overall, it sits well alongside the considered tempo of the other tracks on the record.

I’d love to hear Marigola Avenue played live with the energy Yeoward is known to bring to performances – what a shame that the release came not long before the harsh restrictions brought in to contain the spread of Covid in Australia.  One can only hope we see Luke playing it out before too long.

Disclosure: we purchased a couple of copies of this record – one for ourselves and one to give away in a competition. I (GS) later decided to review the record, as reviewing records was something I used to do a lot of, and this seemed like a good excuse to write a review again.